Login / Link information will be emailed to registered attendees
a few days prior to the event.

“If it doesn’t MAKE a DIFFERENCE, it’s not worth DOING.”

SARAH’S STORY HAS BEEN FEATURED NATIONALLY AND INTERNATIONALLY AROUND THE WORLD.

Princess Sarah Culberson’s story has been featured nationally and internationally in The Singapore News, LA Times, Chicago Tribune, BBC radio, NPR, “Oprah and Friends” radio show, and in magazines such as Reader’s Digest, Newsweek, People, and Glamour. She also appeared on Good Morning America, CNN, Inside Edition, and more. Culberson’s book, A Princess Found, co-written with Tracy Trivas and published by St. Martin’s Press, was released in Barnes and Noble and other bookstores in 2009 and has been used at Pepperdine University in an ethnic identity class.

Login / Link information will be emailed to registered attendees a few days prior to the event.

Welcome and Report of the Chair

Report of the CEO 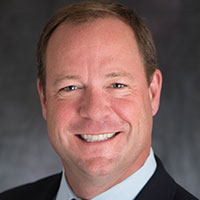 The Surplus Line Association of California

Sarah Culberson was adopted one year after her first birthday by a loving, white West Virginia couple and raised in the United States with little knowledge of her ancestry.

In 2004 Sarah took the journey to Sierra Leone to meet her birth father and family and discovered she was considered a mahaloi, the child of a Paramount Chief, with the status of a princess. After going to Sierra Leone and seeing the aftermath of an 11 year civil war she co-founded Sierra Leone Rising, a non-profit to support the community. Sarah shared her story in a book she co-authored titled, “A Princess Found”. Her story has been featured on CNN, Good Morning America, BBC radio, LA Times, Singapore News and many other media outlets. Her passion for education does not stop with Sierra Leone; as Director of Outreach at the Oakwood School in Los Angeles, Sarah works daily with middle and high school students.

Terri Moran is the Chief Underwriting Officer of Paul Hanson Partners – Specialty Insurance Solutions, which provides insurance placement and risk management to the transportation industry as well as underwriting, consulting and program administration services for a number of carriers.

Prior to this, Terri Moran was a Senior Vice President and Western Regional Executive for Vela Insurances, a WR Berkley Company, for 8 years. She was responsible for managing groups that insured products liability, miscellaneous professional liability, and a variety of construction products for general contractors and sub-contractors in the Western Region. Additionally, she was responsible for a team that insured both Commercial and Residential Wrap Ups and large project specific business nationally.

Terri Moran has more than 35 years of underwriting and marketing experience in the commercial insurance arena. She has been on the Board of Directors for the California Surplus Lines Association for 5 years and is the current Chair.

Ben McKay is the CEO & Executive Director of the Surplus Line Association of California (SLA), the largest association of its type in the country. Prior to leading the SLA, Ben spent eight years with the Property Casualty Insurers Association of America (PCI) as its Senior Vice President for Federal Government Relations. In that role, Ben was named one of Washington D.C.’s Best in the Business for Business five times by The Hill, one of the city’s leading political newspapers. Before his time at PCI, Ben served as Chief of Staff to a member of United States Congress in Washington, D.C. where he worked on financial services and international relations issues. While in Washington, Ben also taught a class to MBA candidates entitled Business and Government.

Other career highlights include eight years as staff to members of the Florida House and Senate, where he worked on insurance, economic development, banking, criminal justice, and other important issues. He then served a tour as a regulator at the Florida Department of State, where he served as Deputy Secretary for International and Legislative Affairs and later as the youngest Chief of Staff in the history of the 750-employee department.

Currently, Ben is coauthoring the book Annotations to Surplus Lines Statutes on behalf of the Excess, Surplus Lines, & Reinsurance Committee of the American Bar Association. Additionally, he serves as the Chairman Emeritus for First Finance Capital, the nation’s largest certified development company. He serves as a member of the board of the California State, Fullerton, School of Risk Management and Insurance, and the Advisory Council of the University of Colorado School of Risk Management. Also, Ben is a member of the Western Division Board of Directors for the Insurance Industry Charitable Foundation.

Ben received his Bachelor of Science from Florida State University, his Master in Public Administration from Harvard University, and his Juris Doctor from Catholic University. He is a Lifetime member of the FSU Alumni Association and member of their national board of directors.

Ben lives in Danville, California with his wife Danielle and their three children: Margaret, Elizabeth, and Lincoln. Ben and his family enjoy many outdoor activities but especially fishing, camping, and scuba diving.